Today’s episode is all about gadgets people carry in their pockets (or in bags), though it mostly focuses on pocketknives.  Those of who who’ve watched Angus Macgyver at work know he can do pretty much anything with a Swiss Army knife and a paperclip, so these things are handy to have.

Clicking on the above link will take you to an exhaustive page that showcases all the different Swiss Army knife models he Macgyver used through the series – in case you were wondering. 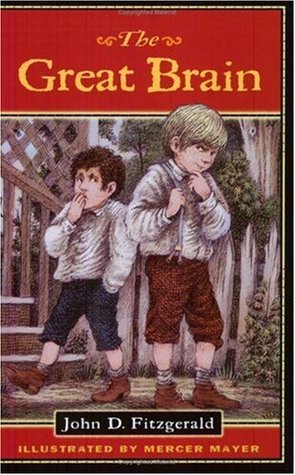 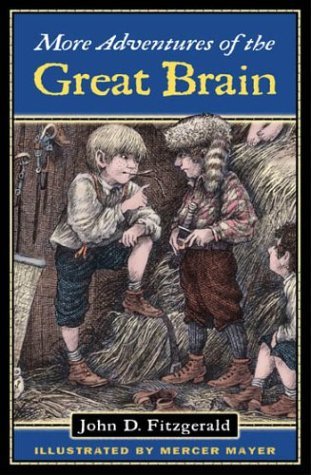 Two of the covers of the Great Brain books witten by John D. Fitzgerald.  There are 5 others (plus one published from the author’s notes after his death).  I do believe these books made me interested in carrying a pocketknife when I read them as a child, though I probably would have shredded my hands with one.

My folks wisely had me wait a few years.  My father eventually bought me one like this at a local hardware store:

The box had a little manual that distinctly read “never throw your knife!” (whoops)  The one I had was made with high carbon steel (which is softer than stainless steel- meaning it can be sharpened to a finer edge – but prone to rusting if not kept oiled/dry).  The blades looked darker than those in this picture if I remember right.  I had it through most of adolescence until it eventually slipped out of my pocket somewhere while in college, going to that mysterious place where lost pens, umbrellas, and socks go.  Schrade as a company unfortunately went out of business in the 2000s.  Taylor Knives took over this particular line and continues to manufacture them, through that has been outsourced to China now.

Logan from The Thirteenth Hour loses his knife, too.  In fact, he loses all his gear in the beginning of the quest, though he finds some new pocket swag in the course of this travels, including a new knife that he muses might be good for throwing.  That’s written about elsewhere, but I eventually found some knives made by the same company that wouldn’t get lost so easily – the Schrade Cliphanger line, which has a little detachable carabiner that clips to your pocket but doesn’t interefere with the rest of the knife.  They only have one blade, which was stainless steel, but at least that means less maintenance.  Plus, the blade locks in place.  I’ve had a number over the years.

Unfortunately, they’re not so easy to find these days, either, but I recently found an older one made in the USA on eBay.  It needed some work, but after some minor fixes and resharpening, it was good to go.

Sharpening the blade took a fair amount of work since one edge came heavily beveled, but I eventually got it sharp enough.  Not going to use it to shave anytime soon, but good enough to cut paper and such.

For whatever reason, this knife makes a great thrower.  That’s written about elsewhere, so I’ll just let the video clips provide explanation:

Overhand no spin throw from 10 feet.

Overhand no spin throw from 15 feet.  More than this distance, and I find it difficult to control the rotation of the knife with this small a throwing implement.  This particular blade is especially forgiving.  I think it has something to do with the clip point style blade and the thumb stud, which on this model is metal, and adds some extra weight to the blade, which balances it better (most pocketknives are handle heavy and not very well balanced for throwing).

Overhand no spin throw from 15 feet in first person point of view.  I tried to keep the camera steady but obviously failed.  The plus side is that you can see the rocking back motion and the follow through, especially the right index finger which imparts some backspin on the thrown knife to retard its rotation.  More about this technique here.

In other news, The Thirteenth Hour soundtrack has a new track!  “The Imperial Ranger March” was released on the soundtrack’s bandcamp page this past Friday.  You can find more tracks there plus previews and discussion of music and movies that inspired the soundtrack on Instagram @the13thhr.ost.