This upcoming Monday, on the podcast, fantasy author Angela B. Chrysler, will be on!  She’s been featured on this blog a few times before, and she’s heading up a huge cyber convention that’s also going on this weekend: the Brain to Books Fantasy Cyber Convention, starting this Friday (i.e. tomorrow), 4/8/16.

Click on the picture above to learn more about this novel on Goodreads.

There’s a massive book giveaway as part of the convention.  You can see the books here.  I’ll be donating an e-copy of The Thirteenth Hour.  You can enter the contest here.

Speaking of which, I’ll have a “virtual booth” at the convention, as well, which will mirror real life, since I’ll be at a library event on Saturday.

I have a free raffle for both events going on using the same Rafflecopter.  You can win one of the three ebooks:

See you at one of these events! 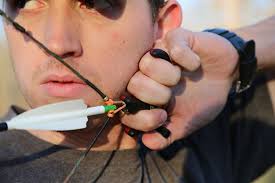 The illustrated children’s book, Your Star Will Glow Forever, that I wrote and illustrated this past fall as a Xmas gift for my daughter is now up for grabs on Amazon free:

This is a little essay about how the book was created:

Episode #29: What age group is The Thirteenth Hour for?

-I get asked this question occasionally and am still refining my answer, which is generally, “adult, though teens over 16 may enjoy it as well.”  The only ones who generally seem interested in the answer are parents or grandparents not interested in the book for themselves but as a present for the children in their lives.  I feel it’s better to let them know what to expect first rather than have them surprised when little Johnny lets them know that someone in the book said, “oh, shit!”

That said, there are no f-bombs (sort of the king of English curse words), but, in the fine tradition of the 80s movies from which it drew inspiration, there are a few four letter words sprinkled in the text for emphasis.  No one has sex, either on or off the page.  No one loses a head or has organs ripped out.  But there are some fight scenes, as well as some introspective narrative passages on more adult-oriented things like growing older, waxing nostalgic for the seeming simplicity and innocence of childhood, the inevitable regrets along the way, the aftermath of traumatic experiences, the complicated and halting way romantic relationships start, and the struggle to become one’s own person … stuff that may not necessarily be the most interesting to an eight year old.  I sometimes say that if it were a movie, it’d probably get a PG-13 rating, which coincidentally, is what the movie The Martian is rated, and that does have a few f-bombs 🙂

Anyway, sometimes I think we protect children in very weird ways (e.g. banning books and other kinds of media).  But that is a different topic altogether and dangerously close to real world activism, which this corner of the internets strives to steer away from.

-Although I’ve had guests on the show before (e.g. authors Lo-arna Green and Coreena McBurnie), I’ve not had live guests yet.  That is, until next week, when my brother, who writes about video games, will be joining me live!  We’ll be discussing the video games we tried to make when we were kids (as I discussed previously in this post which has a collection of Tomb Raider sprites I made for a game I never finished).

–Starving Artist section: make some passive $$ by watching videos on your phone (you don’t have to watch ’em!) on Swagbucks!  See this guide on Reddit for the apps you’ll need to get in order to maximize your points:

-Lastly, today I announce the winner of last week’s raffle hosted by Kelly St. Clare, chosen at random by the gods in the Rafflecopter machine:

Jeremy J., you’re the big winner! (You’ll be receiving an email from me with more info).  Congratulations!

You can win a free Kindle copy of The Thirteenth Hour in this rafflecopter that author Kelly St. Clare was kind enough to host on her site:

Not sure what this is all about?  Inspired by 80s fantasy, scifi, and teen movies, The Thirteenth Hour is a fairy tale for adults about growing up, staying young, and finding the unsung hero inside.  And you can get a copy free by entering this free raffle.  There are a few little tasks to do that helps determine who wins.  You’ll be awarded points depending on what you choose to do. Some activities are worth more than others. The more points you get, the higher your chances of winning!

For example, tweeting a message earns you 1 point. Leaving a comment below an article on Kelly’s site gets you 2. Subscribing to the free weekly podcast on iTunes yields 3 points, and so on.  You’ll see when you enter the raffle.  All activities are pretty painless, and none require to do anything idiotic like give your phone number, credit card info, or the usual internet marketing rigmarole.

-News: Upcoming radio show appearance on 2/16: Email the host, Wayne, with questions or comments for a chance to win a copy of The Thirteenth Hour.

-Film influences for The Thirteenth Hour – this is a big topic that will probably take at least two episodes.  This post I did about a year ago is an outline of some of what I talk about on the show.  About the same time, I wrote an Amazon listmania about some classic 80s fantasy movies.  Amazon doesn’t use these anymore, but the post is still up on the internets:

-Check out this podcast preview on Bandcamp that talks about 80s fantasy films and the nostalgia coming from rewatching these films, flawed as they often are.

-Read an excerpt from Through the Mountains

–Bing Rewards – get gift cards for searching the internet!

-As always, thanks for listening!

Thanks to everyone (400+ people) who downloaded The Thirteenth Hour when it went free the past few days!  Your support is much appreciated!

2.) Post your thoughts on amazon.com by June 13th, 2015 and email me (writejoshublum@gmail.com) a link to your review for a chance to win …

3.) … a The raffle winner’s name will be drawn from the entries on June 14th, 2014 and announced on my website (don’t worry, no contact info will be displayed).

4.) I will contact the raffle winner privately to arrange prize delivery (worldwide)!  The winner doesn’t have to pay for a thing.

Thanks in advance!  Happy reading and good luck!

-Email your amazon.com review link at writejoshuablum@gmail.com by 6/13/15

The Eternal Optimist’s Rule #1: Sometimes when you think things can’t get any worse, they make a turn for the better.

Well, yes, that’s a positive way to start this post.  Because guess what?  The Thirteenth Hour is free on amazon starting tomorrow.  So even if you’ve had a $#!te week, it never hurts to get something for free.  Who knows, it might give your week a turn for the better.

So zoom over to amazon.com to get The Thirteenth Hour for free starting Wednesday, May 13th!  The promotion runs for 5 days.  If you’d like a chance to win printed version of the books below, just check this post out.

What’s better that one free book?

Why, two of course!

Would you like not only a guaranteed free book (see how below) but a chance to win signed, print copies of not one, but two free PRINT books?

The Thirteenth Hour is a new adult fantasy tale heavily inspired by 80s fantasy film and books such as The Neverending Story and The Hitchhiker’s Guide to the Galaxy. It has a good sense of both humor and adventure, some of which is depicted in over 35 hand-drawn illustrations.

You can learn more about the book and art in the following links below:

So here’s the deal. The Thirteenth Hour, normally 4.99 USD on amazon.com, is going FREE from May 13th to the 17th. Here’s how to enter the raffle.

1.) Download it free during that time (Kindle Unlimited also counts).

3.) Post your thoughts on amazon.com by June 13th, 2015 and email me (writejoshublum@gmail.com) a link to your review for a chance to win …

4.) I will contact the raffle winner privately to arrange prize delivery (worldwide)! The winner doesn’t have to pay for a thing.

-Email your amazon.com review link at writejoshuablum@gmail.com by 6/13/15