On this week’s show, Adam from AC Toy Design comes back on the show to talk about another John Hughes films – last week, we discussed Pretty in Pink (see episode 253) and, this week, we’re talking about Weird Science. 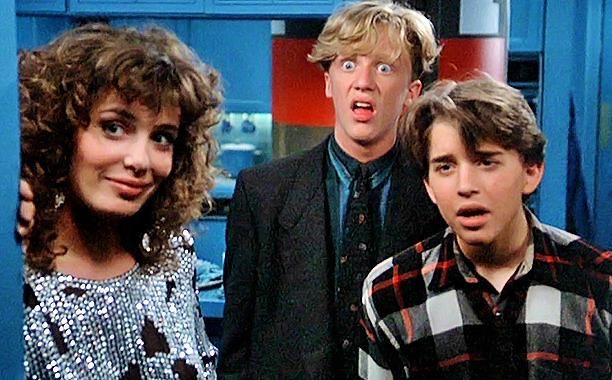 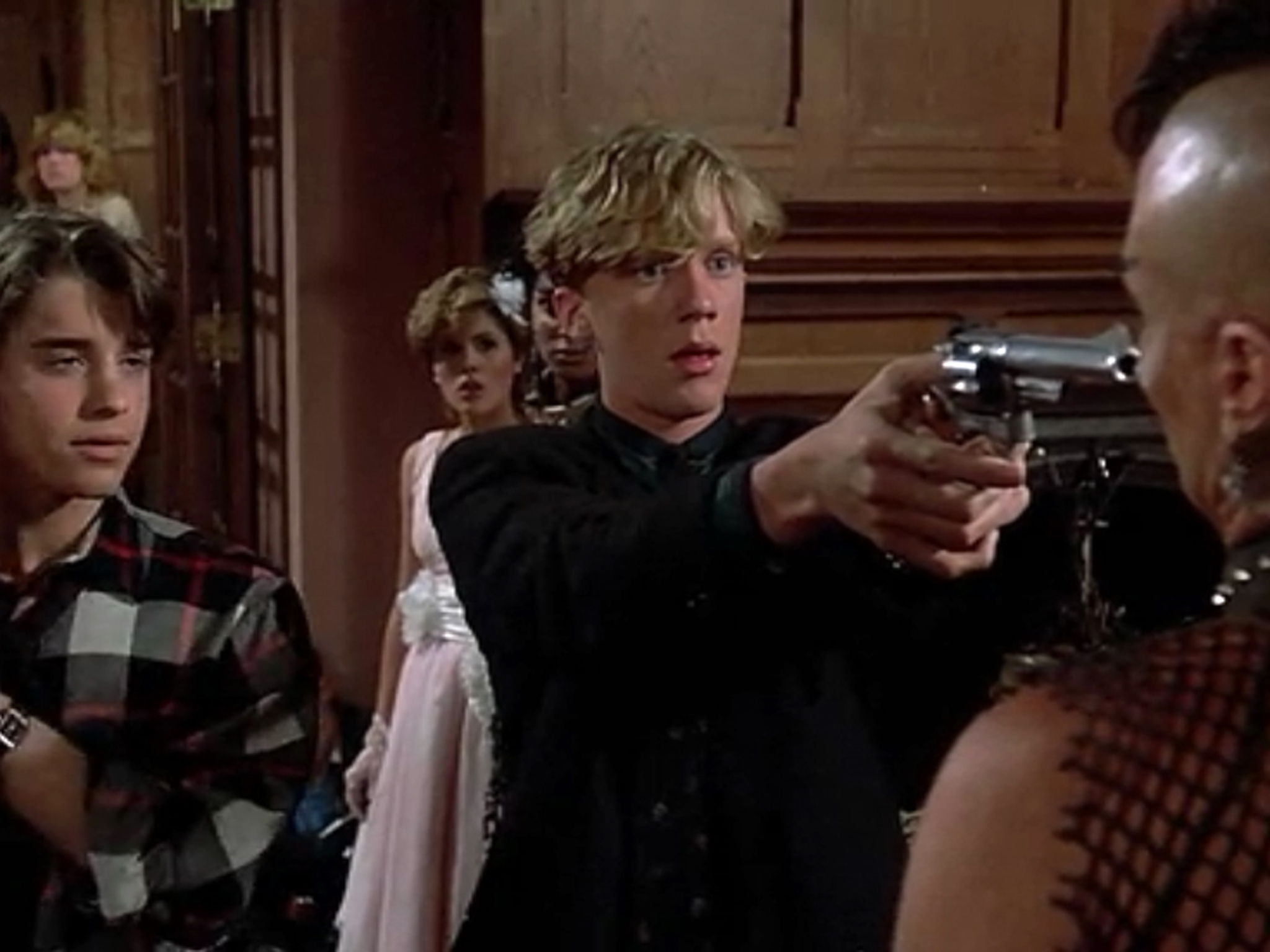 This film is probably John Hughes’ only real fantasy (sexually frustrated teenage boys create a woman a la Frankenstein or Pygmalion).  So – basically, a pretty guy-centric film that has many things in it that would never get it made today.  Still – despite all that, it has some great scenes that still hold up today.  Check out these:

Look at how Lisa deals with Gary’s parents (who are your typical John Hughes parents, meaning that they are clueless).

“The Circle” by Max Carl is playing in the background with the boys wrap up the crazy party with their respective girls.  The Weird Science soundtrack is another great soundtrack.

The scene “The Circle” is playing in always stuck with me.  There was a little homage to it in this scene from The Thirteenth Hour.  The main character, Logan, is trying to express similar sentiments to his best friend, Aurora, during a difficult point in their lives (they are both basically imprisoned):

The next day, a clanging sound woke me from my dream. I looked around, not quite
aware what was real and what was still a dream.

“Chow time,” came the gruff voice of a guard, opening the door of my cell. Aurora stood
behind him, carrying a basket. I noticed she was wearing a new dress. The guard put a meaty hand on the basket and pulled, but Aurora quietly but firmly held onto it. Then the guard let go, peeked inside, and grunted something that sounded like, “Huh. Alright. You can go in. But no funny business.”

“Hear that, Aurora? No funny business,” I said, yawning, wiping the sleepiness out of
my eyes.

Aurora just shook her head and gave me one of her half smiles. “Always the joker.”

We sat against the wall, looking up at the sunlight coming through the small window by
the ceiling as we ate the meal in the basket. When we had finished, we continued sitting there, and I guess a little smile crept over my face because after awhile Aurora asked, “What are you thinking?”

[POV change to Aurora temporarily] I laughed a little. “Lucky?” I asked, smiling at Logan.

“Well, you remember that first day we met?” Logan asked.

“What would’ve happened if it hadn’t been you who’d found me that day and taken me
into the orphanage? What if it’d been someone else? We might not have gotten to know each other very well at all. Was it fate that we met? The Dreamweaver said he tries to just let things happen. So was it just chance?”

I shrugged, raising my eyebrows and smiling while cocking my head a little to the side to
avoid the sun’s glare.

“You know, even if I could get to know all the women in the world, one by one, like in a
giant, living catalog …” Logan started.

“Alright, whatever,” he continued, exasperated, “I suck at talking. But what I’m trying
to say is that … if … if I were given the opportunity to create an ideal woman, like take some of this, mix it with some of that …”

“Yes. I mean, no! Dammit, I knew what I wanted to say in my head, and it’s coming out
all wrong.” He started again. “What I’m trying to say is … that if I could pick the perfect one … for me, she’d be … just like you. I think I always knew that. It’s just that … it took a long time for me to be able to tell you. So yes, in so many words, I feel lucky.”

I was actually a little stunned. Here’s a little something that took me a long time to figure
out. If you complement someone soon after you meet him, you sound like a kiss–ass. But if you wait, get to know the person, and then complement him, your words carry so much more weight because then the person knows you’re sincere. In all the time I’d known Logan, this awkward, limping, borderline aphasic complement was probably the first, totally serious, non–joking one he’d ever given me. And it meant more to me than any flowing, articulate, greeting–card style prose could or ever would. My face grew hot, and I felt all warm inside. And now it was my turn to be tongue–tied.

[Logan from here on out] Then the guard walked by and signalled that it was time for Aurora to go.

I thought of something. “New dress?”

“Oh, I found some old clothes lying around in my room. This one fits a little better.”

“Do you still have your grey dress? The one you got from the elves?”

She laughed loudly and asked, “Whatever would you want it for?”

I wasn’t sure, but I thought I saw Aurora blushing. “Sure, I mean … I … could just bring
you a real pillow. I have an extra. But I’ll see,” Aurora started, looking down, “what I can put together, and I’ll get it to you next time I can slip away.” Then she looked back up at me and said, “To say that your cell needs furnishing is probably the understatement of the year. And we’ll have to see what we can do about your food service. Water with a side of algae just doesn’t cut it these days.”

The guard grunted something and led Aurora out. Through the bars, she looked back and
whispered softly into my ear, “I love you, Logan.”

“I love you, too,” I said, reminding myself again of a debt I owed, a debt I wouldn’t mind
paying for the rest of my life, to luck, to dreams and wishes, to Dragons’ Eyes and grey dresses, to love and other things.

I ended up writing a song to go with this particular scene for the soundtrack called “Love, Grey Dresses, and Other Things” that expresses similar sentiments:

Look for more John Hughes in the future!