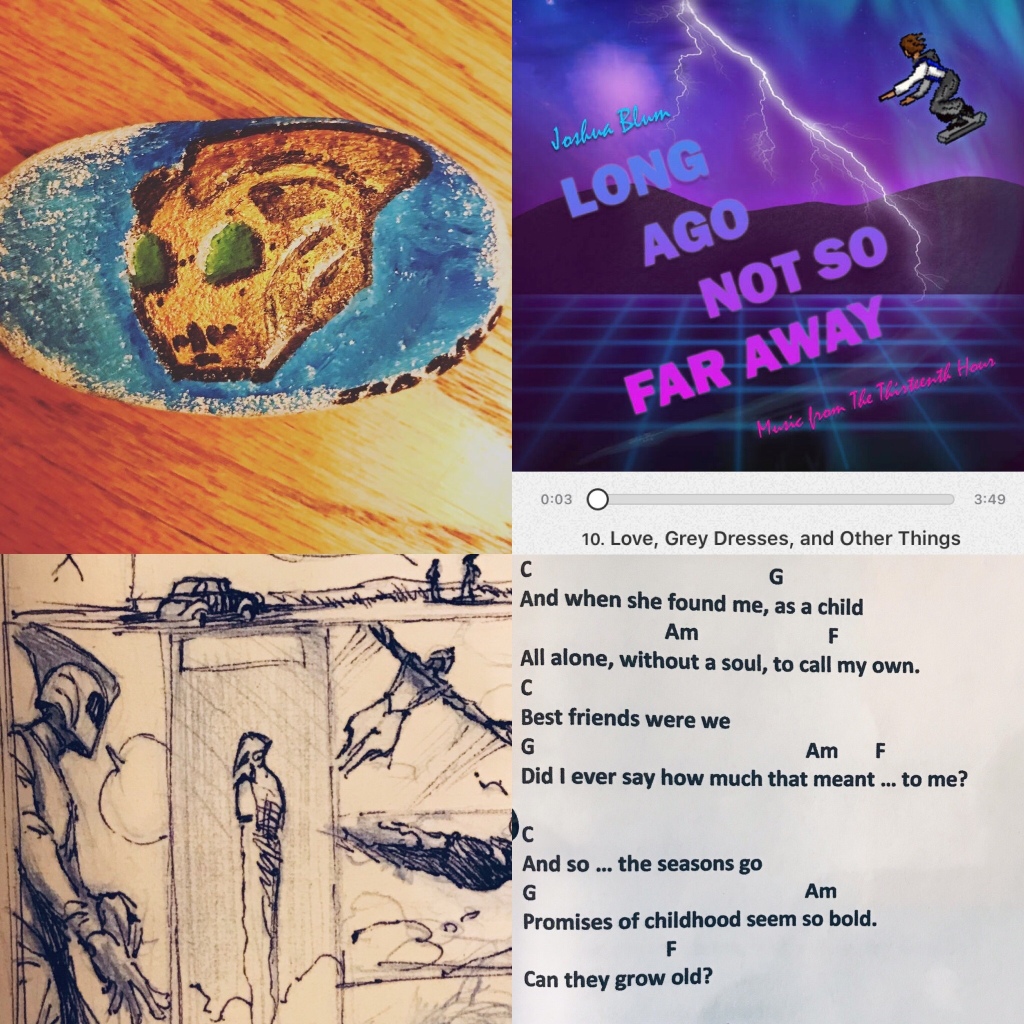 Episode #242: Reading from The Thirteenth Hour on Reflection in Seclusion and Like a Hood Ornament 2

On this week’s show, I thought we’d do a little more quarantine / seclusion real talk – specifically on self reflection when alone with your thoughts, as many people are these days, kind of like Logan in one part of The Thirteenth Hour, which we’ll be reading from shortly.  We may ignore or put off deep thinking in day to day life, either out of discomfort, fear of what we’ll find, or lack of time.  But, on the other hand, sometimes being alone with your thoughts offers the most freedom of expression, since there is no one else to censor your thought process except you (and the voice of society, upbringing, etc – though that’s still you, just your interpretation of those things).

Here are are some of passages from The Thirteenth Hour referenced in the episode:

I don’t know how long I sat there – I was vaguely aware of the sun going down at some point, but my mind wasn’t really on that.  I struggled a lot that day, but not with nausea or sleep.  I had always been a pretty optimistic person – most dreamers are, I think – and liked to think that people were basically good inside.  I wanted to believe that there were happy endings, and that it wasn’t just something people wrote about in books so they could vicariously experience something they never knew in real life.  I basically wanted the world to be a good place, or if not good, at least non–imposing, leaving me free to do what I wanted.  I had always thought if you left people alone, they’d leave you alone.  But that didn’t always happen, did it?   It was like being a grain of sand in a desert where a simple gust of wind or footprint could shift the position of the grains all around you, changing your own position.  Perhaps accepting that was part of something called growing up, but I sure didn’t have to like it.

If it’s just one person, perhaps life is simpler, but when there is another, things get more complicated.  I wanted to believe that love could work out, too, even though I still didn’t really know what it felt like.  But I was an optimist and wanted to believe that I would know what love was like one day.  But if love meant surrendering part of yourself, could you really do that if you felt ashamed of what you had to give? …

… And though I never asked her to, she came each day after that, even if it was just to sit by me and put cold compresses on my body as I drifted in and out of feverish sleep.  Sometimes I wondered why she did, since I had so little to offer in terms of companionship.  But finally, one day, the fever broke, and I awoke to find that the pounding in my head had gone.  I looked out my window – night.  I did not feel like sleeping anymore and began to test my unsteady legs.  As I hobbled in and out of the shadows of my darkened cell, I found my mind wondering when Aurora would stop by.  Of course, not until daylight, many hours from now, a realization that stung a little at first.  But the more I thought about it, the sting became an ache that racked my body painfully until I was forced to sit down on the floor.   There, with labored breaths, I thought back on specific things that had happened over the past few weeks, over the past few years, over the course of my life.  Then there was a spark, a sudden flash of light, and it all became so clear; I marveled how I could have been so blind.

It was then that I understood why the bards so often sung of love, because for the first time, I actually knew what they were singing about.  Because it was then I knew that it was love that I’d been falling into all along; I just hadn’t known enough about it to realize what it was.  And then, to my surprise, I rolled over onto the floor and began to cry.  Maybe I was happy, maybe I was sad, I didn’t know.  But I hadn’t really cried in such a long time that it was like I was experiencing it for the first time.  The tears that flowed from my eyes pushed away the dirt and sweat and grime, leaving a clean streak behind, fresh and ready for the future.

(POV change to Aurora) I found him sleeping there on the floor the next morning.  He did not stir when I walked in.  I knelt down and felt his forehead; the fever had passed.  For the first time in many days, he looked like he was at peace.  I did not disturb him.  But after a few minutes, he opened his eyes and saw me next to him.  Then, he sat up slowly, looked at me, and smiled.  There was something different in his smile, but I smiled back all the same.  And then I knew what it was; he understood!  Then we put our arms around each other and stayed that way in that dank, dirty cell for a long, long time.

I wrote a song for Long Ago Not So Far Away about this part of the book that I talked about a little back in episode 51 (recorded around the time I wrote it).  The lyrics and associated chords are below:

Love, Grey Dresses, and Other Things

C
There’s this girl that I know
G Am
Actually, I’ve known her all my life,
F
It seems, to me.

C G
And when she found me, as a child
Am F
All alone, without a soul, to call my own.
C
Best friends were we
G Am F
Did I ever say how much that meant … to me?

C
And so … the seasons go
G Am
Promises of childhood seem so bold.
F
Can they grow old?

C G
Now I hold her hand but
Am
As an adult man, and something is …
F G
Different this time.

C
That grey dress she wears
G Am
Seen it a hundred times before
F
But not like tonight, not like tonight. ‘Cause
C
There’s a fire in her eyes
G Am
The wind catches a lock of her hair
F
And my heart lifts in time.
C
There’s a smile on her face
G Am
One I know that time can not erase …
F
But it feels new.

C G
And then all at once, it hits me like a thousand tons
Am F
How I could’ve been so blind?
C G
And that’s when I knew why songs are sung of love
Am
Because, because, because … it was love
F C
I was falling in … this whole time.

The album version of the song (instrumental version above):

When I was producing the song, I added more layers and an electric guitar segment to the latter parts of the song to beef up the song what is essentially a four chord folk ballad to create a dichotomy between the slow, tender, piano part with a louder, more biting, aggressive part reminiscent of an 80s metal ballad.   I wanted it to be that way to capture the balance between Logan’s tender realization in a time of vulnerability contrasted with the flash of insight that he must lift himself up out of a hole in the ground (quite literally – he is a dungeon, after all) with his strength of will. 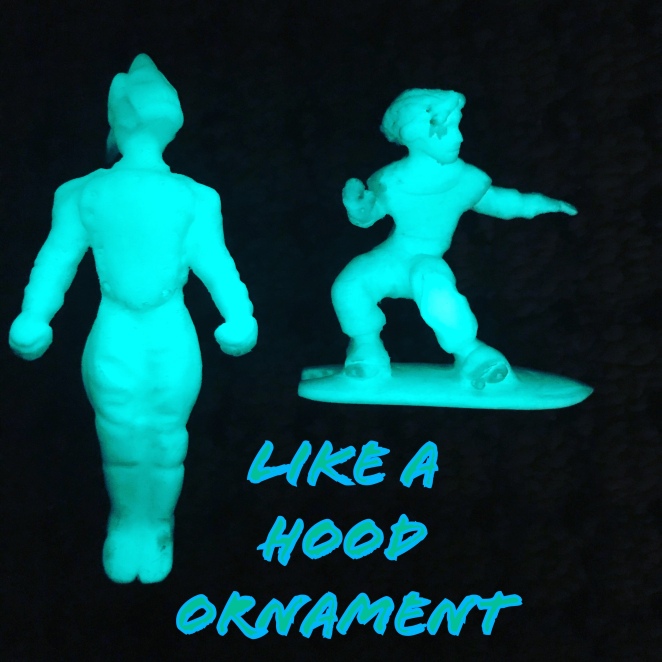 Today also marks the second Rocketeer segment as a part of the podcast.  Below are a few episode mentions about the Rocketeer prior to last week’s show on Cliff Secord’s biography:

This week, I’m reading from some of Dave Stevens’ handwritten notes on the backstory he created for Cliff to give depth to the character and explain some of the motivations Cliff had (which, admittedly, were somewhat self serving).   This comes from The Rocketeer: The Complete Deluxe Edition, which is unfortunately quite difficult to find now but has pages and pages of storyboards (like the one below) and notes from Dave Stevens on the characters and story he wanted to create. 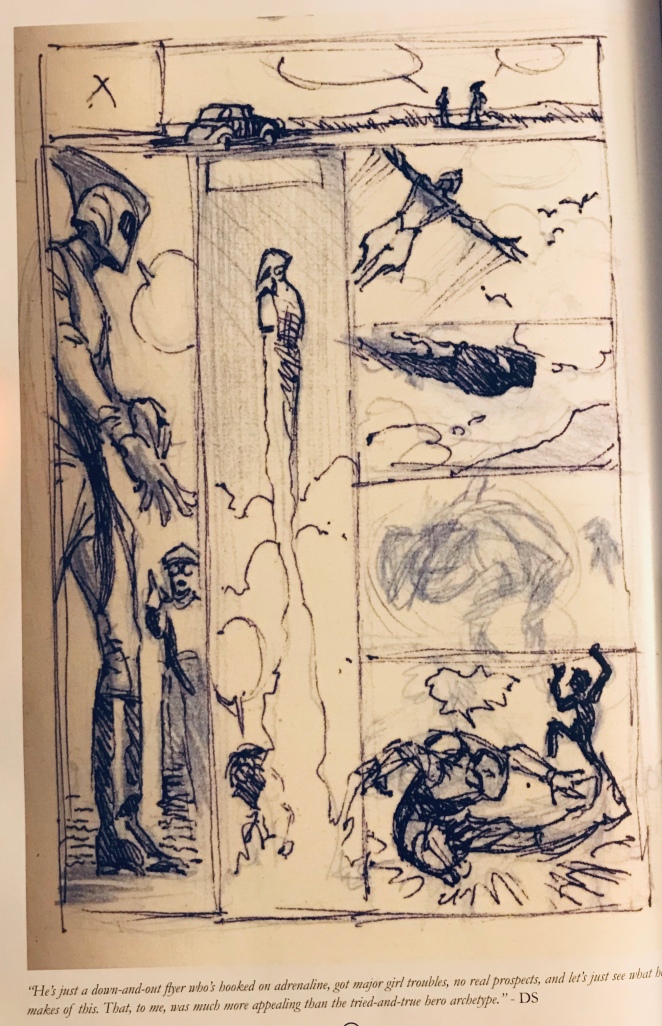 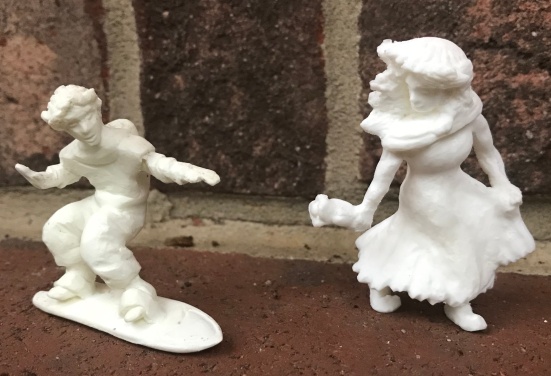 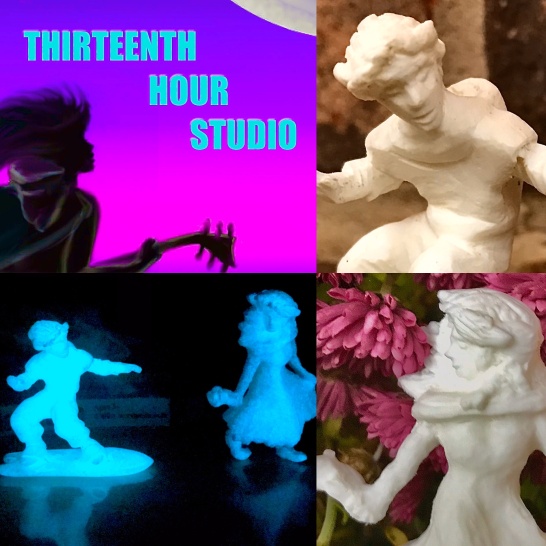 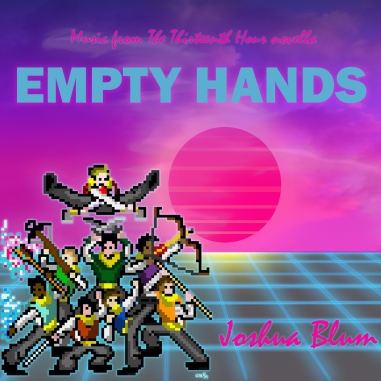