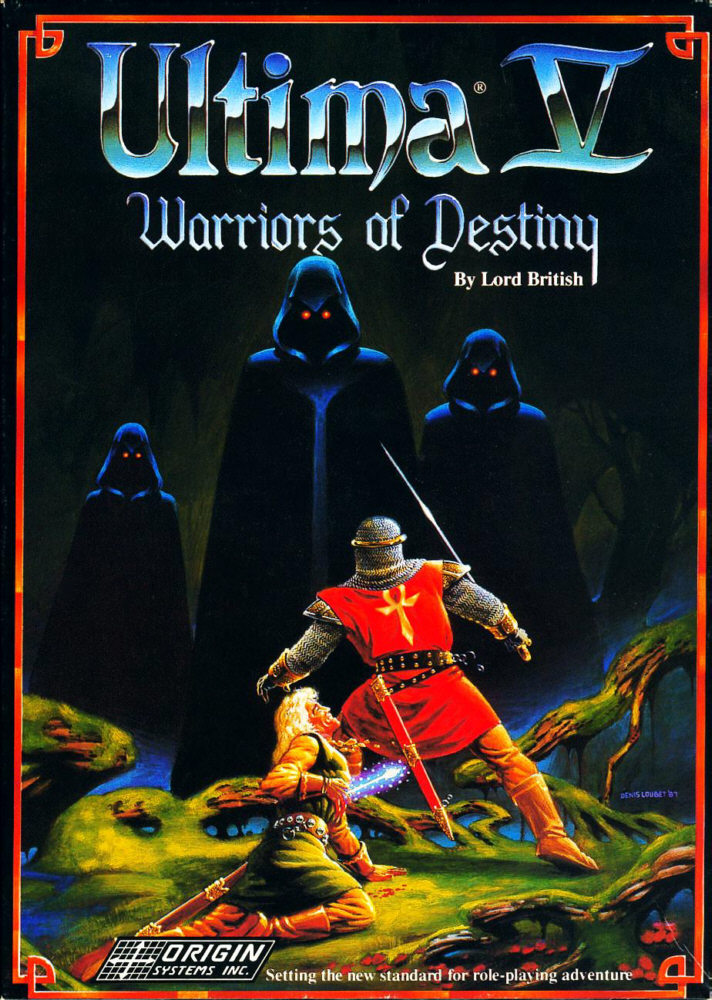 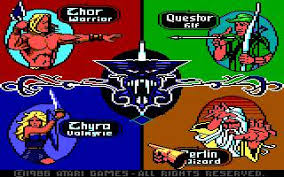 In the last few entries, I talked about literature and film influences that went into the making of The Thirteenth Hour.   I could say that I was similarly influenced by video games … but, with a few notable exceptions, I’d actually be lying.

See, I had a rather conflicted relationship with video games when I was a kid.  I always wanted to like them, and there were a few that I did enjoy, but my experiences with them were sort of like my experiences trying to read fantasy books, as detailed in my previous book post.  In other words, frustrating.   There were a couple of reasons that make more sense now as an adult.

First, my parents felt I shouldn’t spend too much time in front of a TV or computer (and now that I’m a parent myself, I have to agree with them), so my success with these electronic bits of interactive story telling was limited just by the nature of less overall time with them.  (The 286 computer we had took forever to boot up, and sometimes it didn’t boot at all, so when that happened, that was the end of that.)  Foreshortened time did create a sort of pressure to maximize the amount that I could do, but really, that was a small issue.

The real problem was that I was pretty lousy at most of the games I had, and to be honest, looking back, most of them weren’t very good to begin with.  And some were insanely hard.  (It seems that some super hard games are seen more favorably these days out of nostalgia for their retro pixelation and/or their so-called “challenging gameplay” … but try telling that to a ten year old who can’t get past the first level).  People like the Angry Video Game Nerd have created whole careers out of ripping these old games new assholes, but they’re mostly right – a lot of these games just plain blew goats!

Let’s backtrack for a second.  This was the 1980s.  There was no internet (at least none that I was aware of), and aside from word of mouth, I think people basically just hoped for the best when they bought a game.  It was basically a hail Mary whether your (or, probably more likely if you were a kid, you parents’) hard earned 40-50 bucks would end up yielding a winner or a stinking turd polished with good box art.  Though I had no experience with them, there were rental places for the console games, so you could try before you bought a game.  I think nothing like that existed for computer games, though.  And regardless of the platform, if you got stuck, you were pretty much on your own unless you had friends who knew what to do or you managed to find a magazine or book that had tips.

Later, I found out about cheat and level codes for NES games, which helped somewhat, but in the beginning, without the ability to save a game, I basically ended up having to play from the beginning each time.  So, I got great at the first few levels, but seldom got much practice at the later ones simply because it was such a process to get there.  I can distinctly recall my hands sweaty and trembling in anticipation around the controller the further and further I progressed, knowing that not only was I on my last life, but if I messed up, I’d have to go all the way back to the beginning (which happened a lot).  So, I think out of the small collection of Nintendo and PC games that I owned, I finished a grand total of … wait for it … zero games.  Yup, zero!

Now, my brother had quite a different experience with all this.  He was born a number of years later, so when he got interested in video games, it was already the age of the internet, strategy guides, and emulators with save states.  He was (and still is) a better natural video game player and had the patience for things like reading manuals and learning the actual gameplay mechanics.  He still plays and writes about video games in the blog pixelgrotto.  If you enjoy reading well written reflections on a wide variety of games and related topics, I’d highly recommend checking out his blog.  Unlike me, he actually was successful at finishing games when he was a kid, so, at least in my book, that should count for something.

However, this wasn’t meant to be a diatribe against video games.  Quite the contrary.  Aside from the above, their overall experience was frustrating mainly because the potential for greatness was so high.  Here was an interactive world with moving pictures and sound and a story you controlled – all in one nifty package!  What more could you ask for?  Well, a lot, actually, but there were a few games that stood out, even to me, at the time.  And these are two that influenced the world of The Thirteenth Hour.

–Wizards and Warriors II: Ironsword – this was a Nintendo game that I’d seen in an issue of that great advertisement for the Nintendo Entertainment System, Nintendo Power.  It was, in fact, probably the only game I owned where I had the benefit of tips from that magazine.  Probably for that reason, I progressed the farthest in it of all the games I owned, right until the next to last level, which I never did beat.

But on to the story.  It had this little bug eyed hero, Kuros, depicted by Fabio on the box:

Umm, I never did see the resemblance, but … whatever!  It’s your job to guide Kuros on a quest to find the lost pieces of the Ironsword, and to do so he must travel to the ends of the Earth (wind, earth, water, and fire).  The four element idea is very prevalent in myth and legend, which probably explains its use here, but this may have been an influence for Logan traveling to the wind, water, fire, and earth palaces during his journey in The Thirteenth Hour.

–Ultima V – the cover pretty much says it all.  I mean, check this shiznit out: That is some pretty good box art right there.  You really feel for the guy in red.  His buddy in on the ground with a dayglo arrow in him, and all he has to defend himself against the three cloaked giants is that measly sword.  Talk about intense .. and some epic fantasy stuff there.  What the game itself came with was epic as well – a cloth map, a little metal coin thing (never figured out what that was for, but it looked cool), a book of background on the land the game takes place in … they sure knew how to package games in those days:

My great aunt bought me this game, I think for my birthday.  When it came in the mail, I took one look at the box, and it was like the scene from A Christmas Story when Ralphie finally gets his red Ryder bb gun.  I immediately read everything it came with, unfolded and studied the map, and treated the little metal coin thing like it was the Hope diamond or something.  For hours.

And after all that … I proceeded to have absolutely zero clue what the hell I was supposed to do in the game.  To be fair, I was like eight, so I was probably too young to really understand or devote the necessary focus to get into a complicated game like this.  Though I got nowhere in it (don’t think I ever figured out how to make it to any of the other disks – as you can see in the picture, it came with a bunch), I had fun playing it anyway.

But it was the box art that provided one of my first introductions to fantasy art (this was also about the time I was making equally poor progress trying to get into fantasy novels and proceeded to find the covers more satisfying than the books), which I still appreciate to this day and influenced me to include illustrations in The Thirteenth Hour.

So, that’s a wrap for video games.  Next, we’ll look at music, and then finally, a miscellaneous collection of works that didn’t directly influence the writing of the book (but could have).

Read free excerpts at https://medium.com/@13thhr/in-the-army-now-852af0d0afc0 and the book’s amazon site.